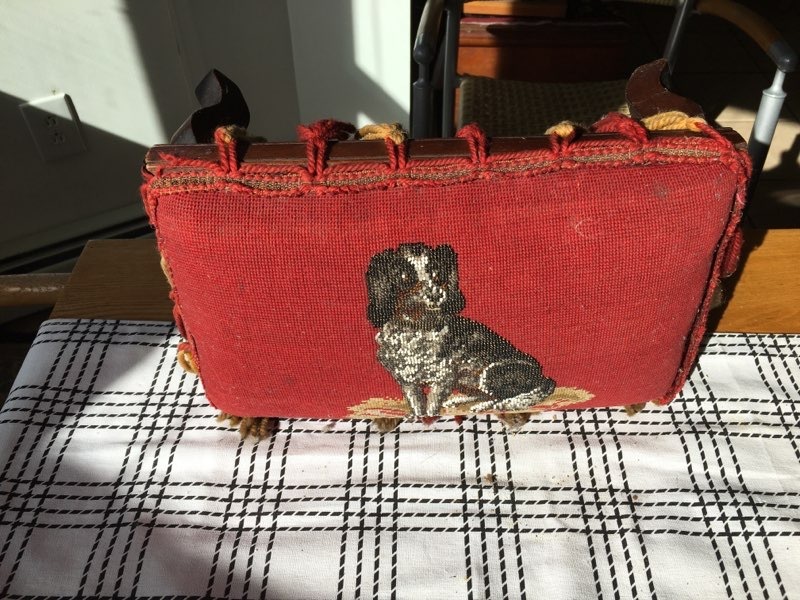 The first Essex & Champlain Association meeting was held in 1805 in John Haff's barn in Peru.

Why Haff, a slaveholder, allowed this unknown.

Peru was a wilderness then, and the population sparse.

From the outset, womenfolk were faithful attendees at the various Meetings before the glorious 1826 temple was built high on the hill of Liberty Street.

The Church history bears out women were the backbone of the church, active on various committees, and eventually assumed leadership roles.

She was the wife of the Rev. Ralph Turner, the pastor at the First Baptist Church of Plattsburgh.

The Ladies of the First Baptist Church of Keeseville witnessed all of the triumphs and tempests, birth and demise, of the oldest faith house on the west bank of Lake Champlain.

Keen on preserving their past and looking toward the future, the Baptist Ladies Guild commissioned Church Historian Eleanor Spaulding to write the history of the Baptist Society, which she delivered on January 1, 1959.

It was their wish for Mrs. Spaulding's text to be published.

Now, at least digitally, it is.

We have in our possession two histories of the Church, written at different times, undated and unsigned.

One however, has the initials LAB, which are those of Lucy Ann Baber, the wife of the first Alfred Baber.

The other we cannot locate, and we call it in the narration "Unknown Author."

Their histories will be quoted as such, at times, gives just a little better idea of the Church.

They will be designated as " LAB and UK."

Thursday, Church met at the Usual Place. The time was spent mostly in agreeable conversation. Toward the close, Br. Edmund Clarke and Sister Lois Clarke came forward and were received as particular members of this church. After which, the Brethren and Sisters manifested their freedom to come to the communion the next Lord's Day and appointed Br. Palmer to wait on the table.

Sunday at a Meeting held at Asa Levitt in Chesterfield then came forward Israel Reynolds, Deborah Reynolds and Sophia Strong to be baptized and added to the Church in Peru.

The Church met together with the Council at Mr. Finch's and Council was formed of the following messengers from Jay, Elder Solomon Brown; others from Elizabethtown, Champlain and Plattsburgh.  Peru, Wm. Taylor, Eben Conant and Wm. Baker.

Pointed out by the Word

1. Proceeded to enquire of the Church how they understood the office of Deacon

2.  Enquired if the Church had satisfaction that those qualifications were found in the candidate (viz) Uriah Palmer

3. Enquired if the Candidate's wife was such as pointed out by the Word. (Betsey Allen,  daughter of Jabez Allen)

Church met in conference at the Usual Place after Opening Meeting by prayer. Proceeded to business.

First took up the case of Anna  Button respecting her joining the Methodist Society and after conversing largely on the subject and Admonishing her of her duty. Put it over to future opportunity.

Thursday Church met in conference at the Usual Place and after Opening the Meeting by Prayer, proceeded to the business put over the 9th of June last respecting  Sister Anna Button being again called in question. The Church unanimously agreed that the member to be Excluded from joining the Methodist Society.

Voted a Withdrawal of fellowship from Sister Button as Disorderly Walker in embracing Principles of Methodists ....... (26).

It was a "crime"  in the early days of the Church for a member to join a church of another denomination and anyone doing so was considered a "disorderly walker."

Buried with Christ in Baptism

Wednesday at a Meeting held at the Lake at Br. Ketchum. Elder Finch preached and Baptized Mary Taylor.

Silence Story gave a Relation of her Experience and was Fellowshipt by the Church and was Baptized on Friday the 9th of June by Elder Peck. (27).

Solomon S. Boynton and Polly his wife came forward with a letter of recommendation from the Church of Granville and was received as particular members of this Church.

During the intermission, repaired to the water where in the presence of a large and solemn assembly, Lydia Amidon, Persis Amidon and Charlotte Allen were buried with Christ in Baptism.

The wording of this record is interesting as it is the only place in all the records, relating to a baptism that the words, "buried with Christ in Baptism" are used.

There is no record as to where in the river these baptisms took place. There was no baptistry in the Church on the hill.

As near as one could be certain, these baptisms must have been somewhere in the neighborhood of what we now call the "upper bridge."

There probably was no dam then.

Again we record the name of one who was a beloved Sunday School teacher at one time.

"I can never forget Mrs. Thomas' consideration of us boys. She was always faithful in attendance coming from her home at Port Douglass, knowing there would be the seventhly to every sermon, and we boys were expected to sit as quietly as restless youngsters could, with the occasional nap and startled dream when the preacher, Rev. Moxley, would give special emphasis to some portion of his sermon, probably for the benefit of sleepy boys.

Dear Mrs. Thomas seemed to realized we had appetites, and I can picture her in my memory sitting at the entrance to the vestry with open bag, giving out doughnuts, cookies and apples to ensure our good behavior during Sunday-School session. (Miss Annie told your narrator that her grandmother had a big black bag filled with the described "eats." I guess Miss Annie liked them, too.).

The patience of the faithful teachers was severely tried by boys who were full of mischief and apparently giving little heed to their instructions.

(Times have not changed much).

From our own historians is quoted the following paragraphs,

"Distracted by the Anti-Masonic and the Anti-Slavery agitation,  discommoded by the inconvenient location of the  Church and embarrassed by other causes, following the removal of Mr. Kingsley, there came a season of discouragement and the Church saw the darkest days of its history--for sometime without a pastor or even a Sabbath School."

"In the unhappy effects of those days of strife remained in the church for years, Pastors came and went after months of fruitless attempts at consolidation. Those were the dark days. There was no service in the Church.

Members were not on speaking terms with each other. Even the Sabbath School had gone to pieces.

One bright spot remained to redeem the ugly scars of those days. It is the picture of two godly and patient women who used to go at stated times to a little room under the belfry of the deserted Church and pour out their souls in prayer that God would keep His Church and hasten the returning of peace.

The names of those women are familiar to many of you.

The Keeseville Church knows know how much it owes to those godly women."

Fire on the altar

Of this incident LAB adds this note as interesting facts concerning the  church:

"In the darkest days of the church history, there were a noble few who kept up the Friday evening prayer meetings.

Some of the prominent and devoted male members lived so far out of the village they could not attend regularly; but a little band of Christian women kept alive the fire on the altar.

And very often, two aged women were seen with lanterns wending their way to the old church they loved so well.

No! They were not alone for God met them and their prayers we know was like sweet incense before Him.

They are still living here who hold the names of these women, Mrs. Jacob Kingsland and Mrs. Josiah Fisk, in sweet remembrance."

Source: A History of the First Baptist Church of Keeseville, N.Y. 1788-1968, Eleanor A. Spaulding, Under the Auspices of the Baptist Ladies Guild, January 1, 1959
Prev Next